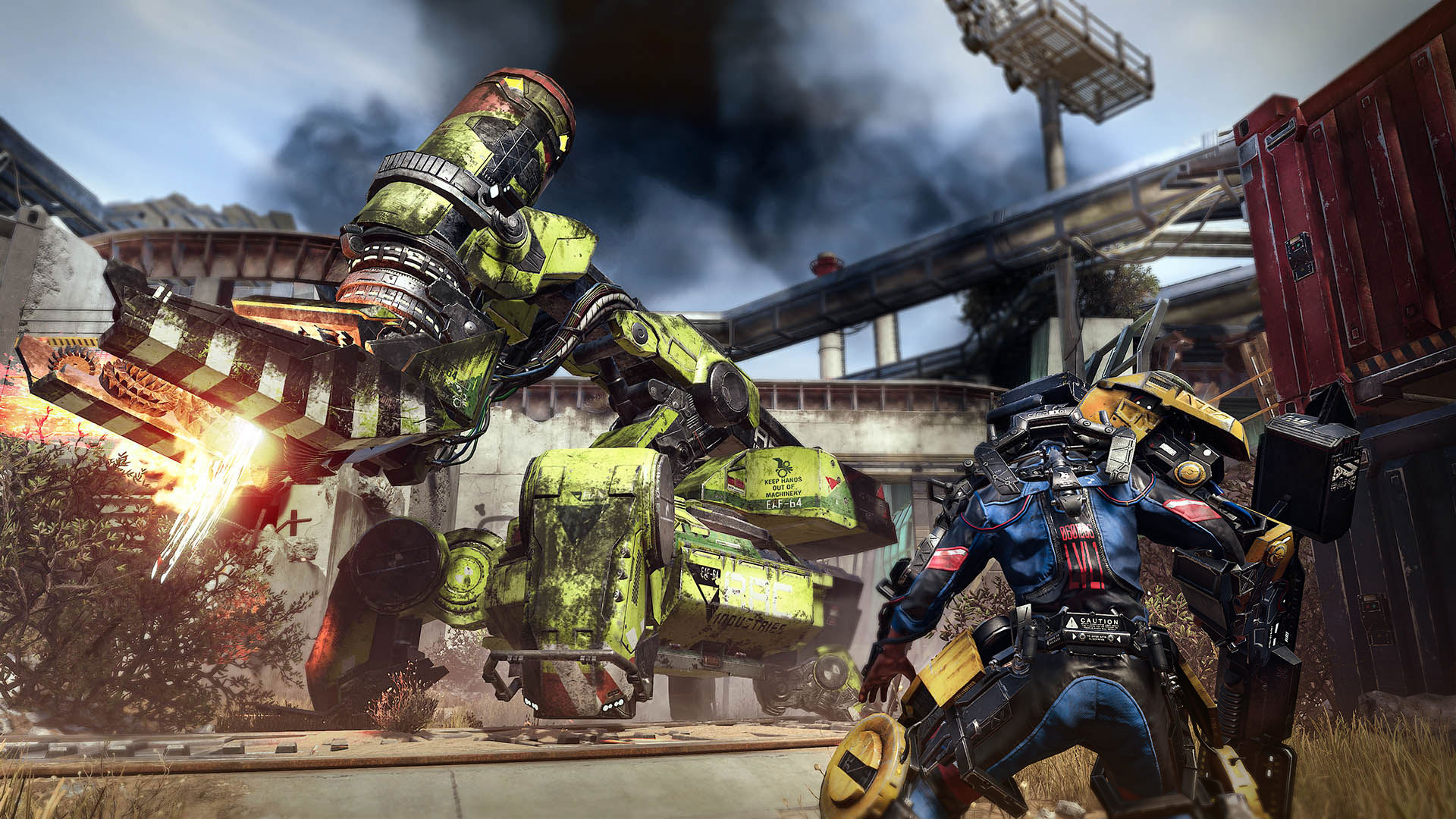 Deck 13's new hardcore action-RPG The Surge today unveils some of the game's mini-bosses set to prowl the hallways of overrun industrial complex CREO. From CREO's elite security forces to malfunctioning industrial machinery, these enemies make up just a few of the dangers facing Warren throughout the dangerous environments of The Surge.

Led by a billionaire philanthropist, a project developed by CREO - a mysterious industrial and R&D megacorporation - designed primarily to reverse the effects of climate change on the planet is just beginning to take shape as something ominous.

Although most dangers in The Surge were not originally designed for combat, CREO's security forces exist to maintain order within the complex. CREO's 'robot dog' is a leaping quadruped designed to track down and kill any intrusions. As with most threats in The Surge, it has a weakness - although heavily armored, players can hit vulnerable places in order to take it down, and loot it, faster.

The Echelon 9 security forces, armed with anti-personnel combat gear, are armored in the GOLIATH-class armor making them extremely fast and strong. Although contrary to CREO's image as a planet-saving company, CREO's internal security forces' primary goal is to protect CREO from outside interference, as the stakes are high.

One of the many malfunctioning industrial machines throughout CREO, the Smelter was designed to be impervious to tampering, making it extremely difficult to shut down. With ore-smashing gripper teeth and coolant forcing it to vent gasses to keeping it stable, you'll have to attack its most vulnerable inner workings at the right time to deactivate it.

You will have to make the most of your newly installed exo-suit, armors, and almost limitless armament combinations to survive CREO when The Surge slices its way onto consoles for PS4, Xbox One, and PC in 2017. 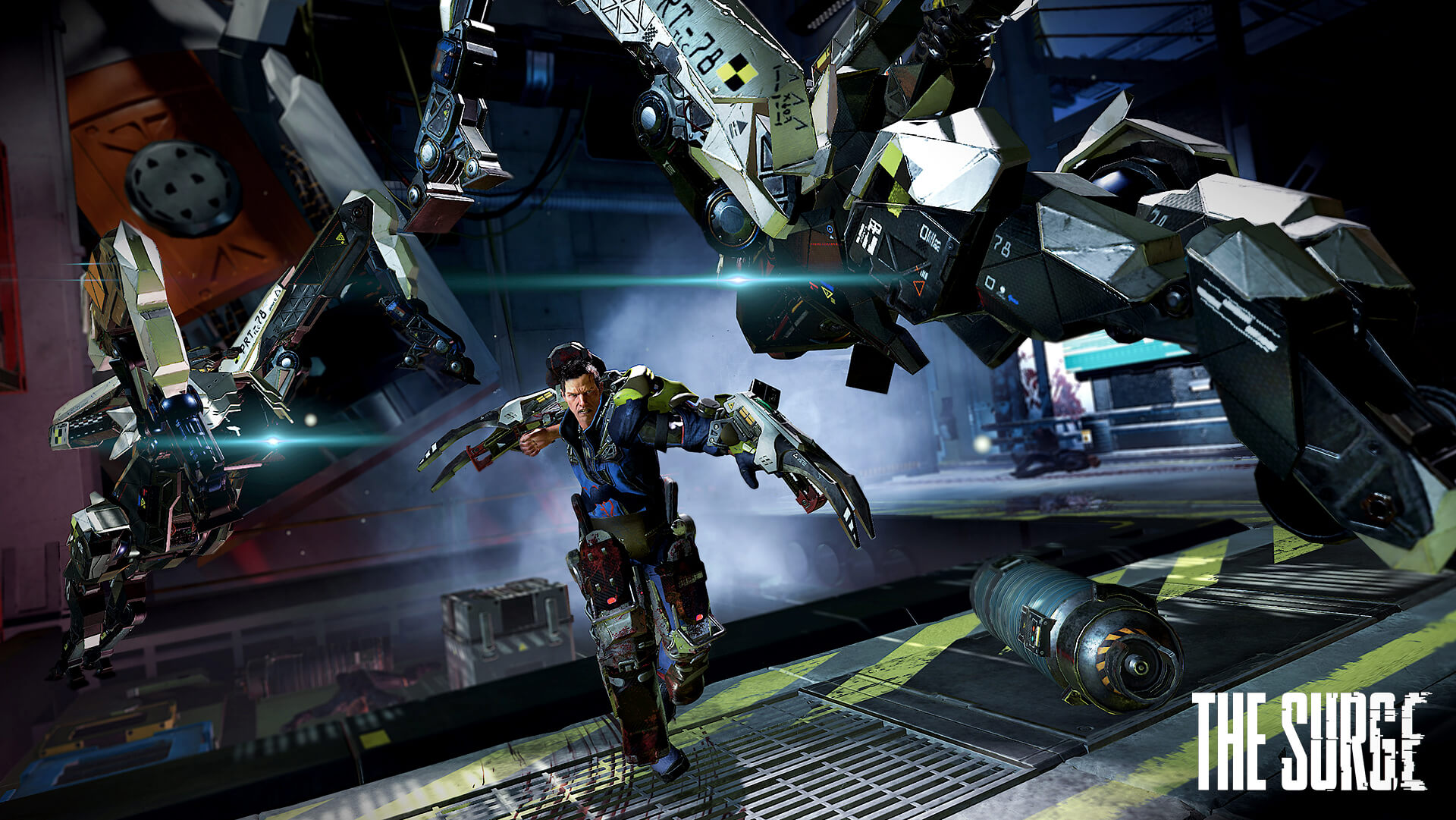 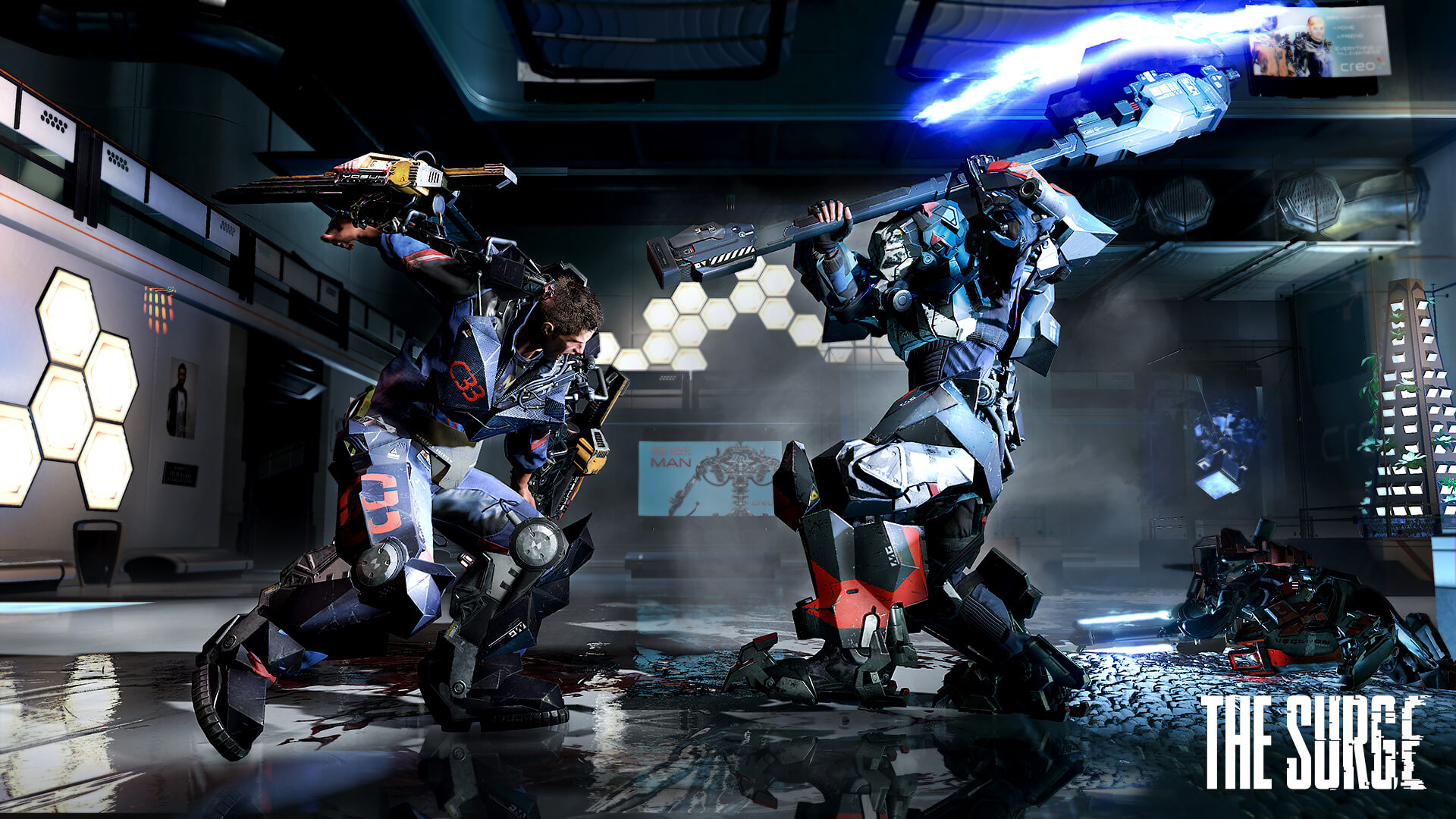 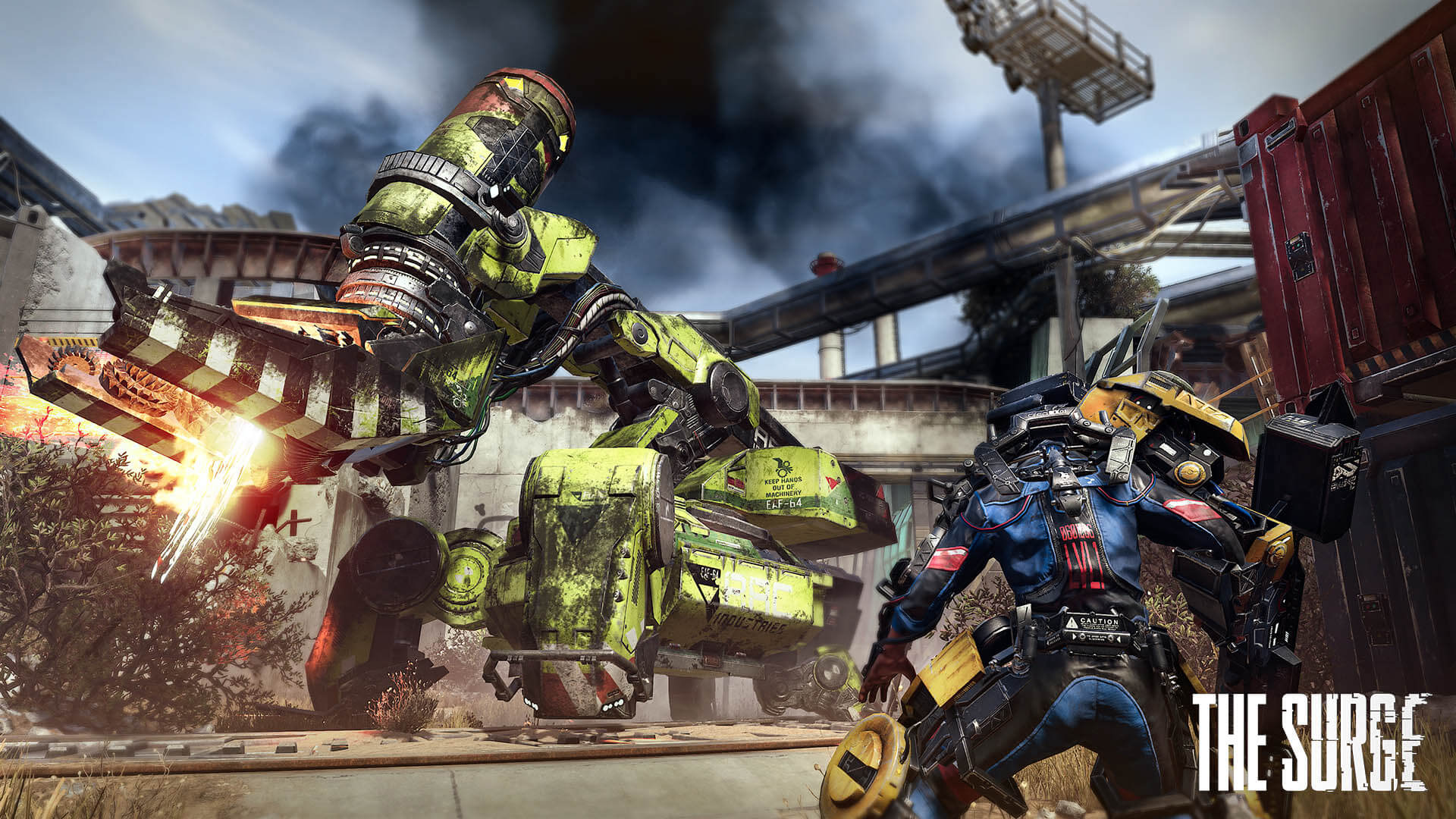