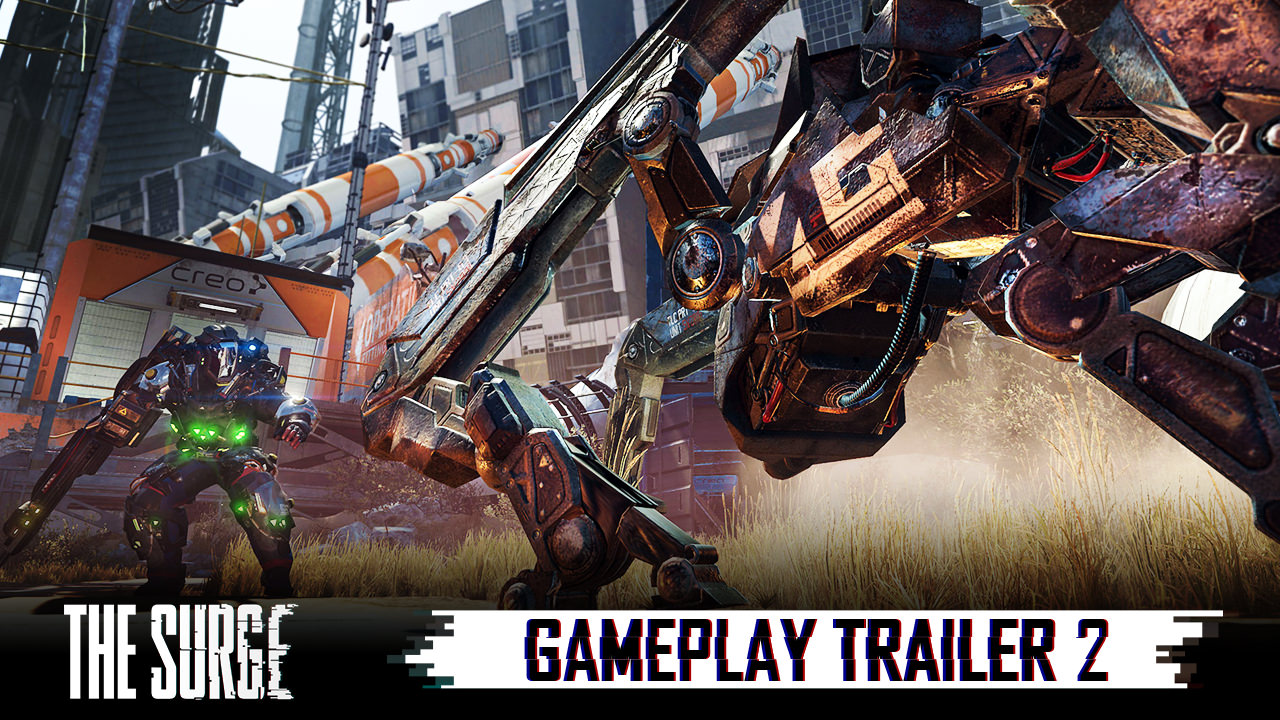 Fitted with an industrial exoskeleton, you must fight your way through CREO, equipping the spoils of combat to your suit. Armor and weapons are looted from enemies after duels, in which you will take advantage of The Surge’s unique limb-targeting system to attack and cut off parts of the enemy you want to equip or craft.

Targeting a part of the enemy which is armored will deal less damage, but you will earn the opportunity to deal a finishing blow that will cut off the limb in-tact, allowing you to loot the spoils, gain blueprints, and tech-scrap used to level up your exoskeleton.

The Surge features vertical and horizontal attacks, which are used in combination with parry’s, ducks and jumps as well as a boosted dodge – courtesy of your exoskeleton – culminating in swift, snappy, precise combat situations unlike anything experienced before.

At CREO, you will meet survivors who need help or who can offer assistance. Accepting missions can yield extra rewards, but you will have to balance that against your desire to go deeper into the complex, as the stakes grow ever higher – once dropped, your tech scrap will diminish over time.

Face the dangers of CREO and set your own challenges. Accept missions, learn more about CREO’s history and lore, and fight the various mini-bosses scattered throughout the environment, or play it safe and struggle to survive – it’s up to you.
The Surge slices its way onto PS4, Xbox One, and PC in May 2017.