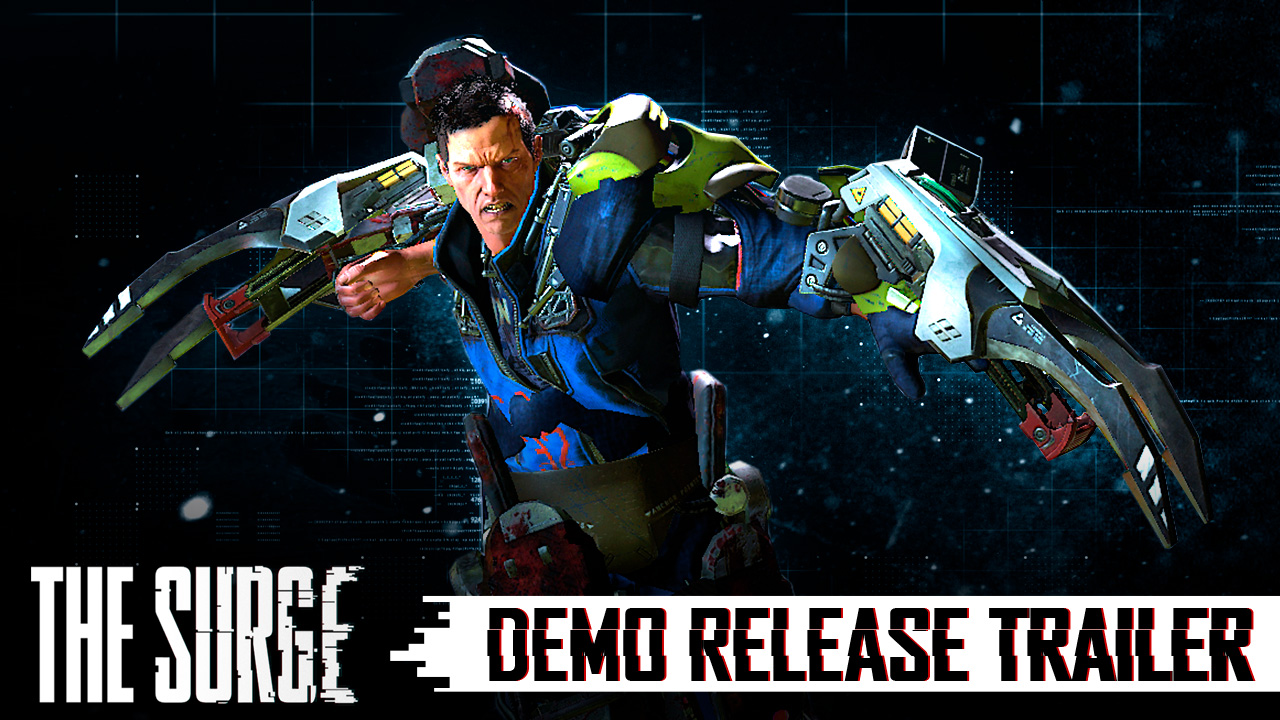 The world took up the challenge to survive hardcore action-RPG The Surge from Deck13 for PlayStation® 4, PlayStation® 4 Pro, Xbox® One, and PC when it launched in May, and now you can jump in too.

Play the game from the very beginning as you start your battle through CREO, a megacorporation that has been hit by a devastating catastrophe. The demo features hours of unlocked content, and progression will even carry over to the full game when you decide to continue the fight. You’ll pick up exactly where you left.

Before you embark on your journey of survival, watch the official Demo Release Trailer, focusing on the players' reactions as they take up the challenge, fighting with The Surge’s innovative loot system and directional limb-targeting to discover the truth about CREO.

Master positioning and speed, risk and reward, as you slice, loot, and survive an industrial complex overrun with malfunctioning machines and discover mysterious machinations through its emphasis on environmental storytelling, placing the player in control of everything.

Naturally, the demo includes all of the critically acclaimed PS Pro features such as HDR and Dynamic 4K, as well as 60FPS in 1080p mode.